costs:
two million German Marks
(twice as much as calculated and still, if you compare the living costs from 1926 to today the most expensive film ever made in Germany)

versions of the movie:
It is important to say that many different versions of Metropolis have been released, including:
1.) The original 1926 black and white version (doesn´t exist anymore)
2.) The version subsequently released in the USA, which received a lot of cuts, and was only 63-minute long.
The cuts were made against the wishes of the director Fritz Lang
Some of the lost scenes have been added to the restorations, but some scenes have disappeared forever
3.) A B&W 90-minute long version was re-released in German in 1927 or 1928, and it is called the '28 German version;

There were also at least four restorations:
1.) by East German "Staatliches Filmarchiv" by the end of the 1960s
2.) by Giorgio Moroder, released in 1984, with colors, sound effects and a modern soundtrack.  This version features "Love Kills" by Freddie Mercury.
Moroder's film version, despite being one of the most complete, has one of shortest run times.
3.) by Filmmuseum Munich, from 1995, restored according to the original script, with the lost scenes replaced either with stills or titles.
It is reported that it has also totally "new" scenes that doesn't appear on any other version, and to have been produced in 3 sub-versions.
4.) a new version, which will have its opening at the Berlinale in Berlin, February 2001 (more about that below)

note:
Queen used some original images of "Metropolis" for their Radio Ga Ga video-clip and also created some new images


The content:
Metropolis is a huge industrial town divided into an upper and a lower town. In the lower one, where the sunlight hardly reaches the lowlands, there live and work the destitute people which have to operate enormous machines in order to provide the city with the necessary energy.  In the upper town there live the rich bigwigs in immense luxury. 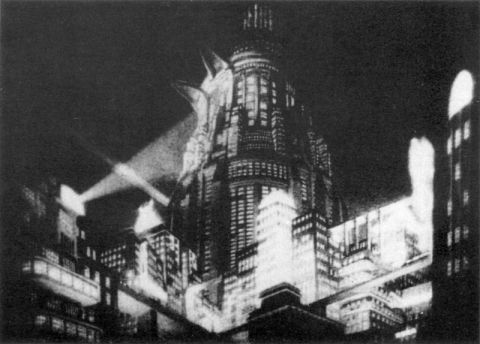 The constellation of either sides reminds strong of the pharaoes and their slaves, which scraped a hopeless living in the shadow of their sovereigns. But the rabble mobilizes his strength and starts a rebellion against the oppressors. In order to give the story the necessary spice, Freder the son of one of the most powerful big industrialist, stands by the side of the rebel workmen. Beside Freder, played by Gustav Fröhlich, who was an unknown actor in those days, there performs Brigitte Helm, who debuts in the film business in the role of Maria. This Maria tries to convince the workmen to give up their resistance and get on well with the rulers.  Her philosophy is that it depends only on the "unification of heart and brain" to become well in anything. Freder falls in love with Maria and together they try to direct the threating escalation into controlled course. 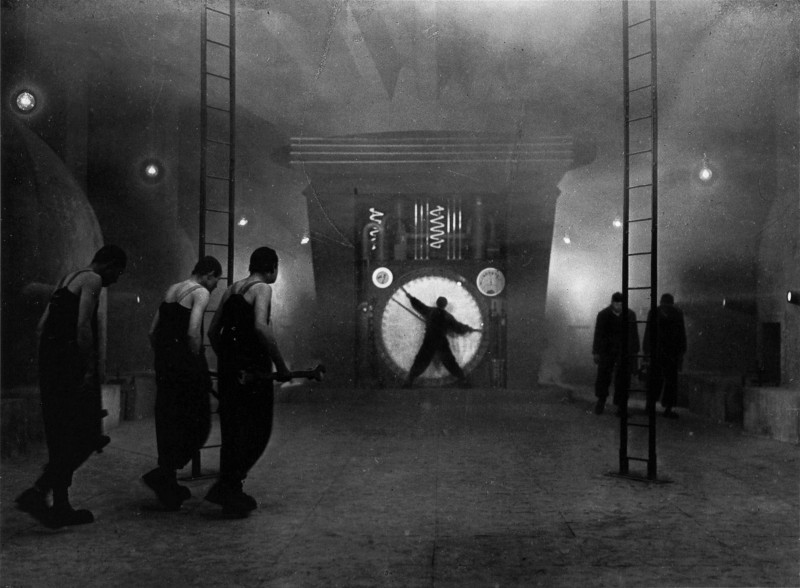 But Freders father Joh. Fredersen, acted by the incomparable actor Alfred Abel, has other plans. He eavesdrop on a speech of Maria and looks upon her as a threat for the existing system. He makes plans to produce an imitation of Maria in order to provoke the workemn to an act of violence. Because of that he would have the possibility to take action against the rebels and bloody to put down the revolution. To realize his devilish plan he instructs the genius but also mad inventor Rotwang, acted by  Rudolf Klein-Rogge, who took part in nearly all movies of Fritz Lang. But the plan has a catch. Rotwang has a deep resentment against Fredersen. That one snatched that woman away from him who he loved so dearly but still she became the wife of Joh. Fredersen. 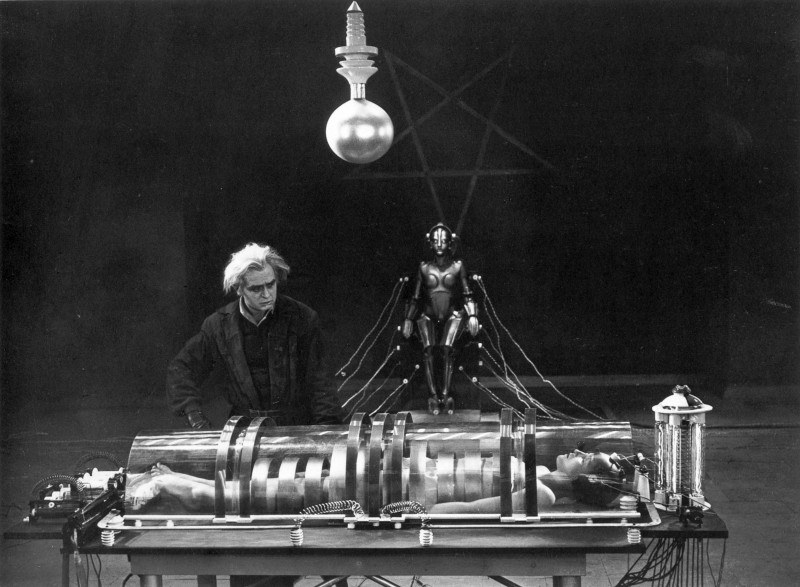 But the plans of the two go wrong. The Roboter-Maria develops own instincts and finally incite the workmen to destroy the big machines. Flood gates have been opened and a colossal tidal wave pours over the lower town. Countless children and adults threatened to drown. The rebellion gets out of control and degenerates in a bloody revolution.
In this general chaos Rotwang sees the chance to revenge himself on Joh. Fredersen and his son and kidnaps the real Maria. Shortly afterwards Freder notices that the inciting Maria couldn't be the same person he has known. He finds Rotwang out und picks up the pursuit. Rotwang climbs up to a church tower with the unconscious Maria where he was hunted down by Freder. A life-and-death struggle breaks out.
Joh. Fredersen watches helpless the occurrence at the foot of the church. He gets so into excitement that his hair becomes snow-white from one moment to the other. Finally the villain Rotwang falls into the depth. Maria and Freder arrives in the nick of time in order to save the escalating situation. The Roboter-Maria has been burnt, merely a steel skeleton is left.
The industrialist Joh. Fredersen becomes reconciled with his son, with Maria and the leader of the workmen.

The movie Metropolis is very remarkable in many respects.
Together with the huge sceneries which were built as high as two meters, some like the gigantic heart machine for the production of the energy or das sport stadium for the youth were built in life size.
Instead of cars the movie shows air taxis which fly through the street gorges like planes, for these days an idea of the future.
Even an allusion to the forthcoming age of TV was shown in a scene as Fredersen calls the foreman and looks at him at the same time. For this scene it was the first time at all that the method of a back projection was used, the method was invented beside as it were.
Also for the making of the imitated human Fritz Lang reached deep into the trick box. Fascinating electronic rings like glorioles slid up and down along the roboter and conjured up a nightmarish scenario on the screen.

At the production of the movie Fritz Lang asked for six thousand extras, which had to come with shaven heads and to look like prisoners. The production managers hurried to the film associations but the extras didn't think of to shave their heads for some Deutsch Mark. Tomorrow or the day after tomorrow and other director would turn them down because of their appearance. But the problem solves itself. In this time there were more than enough unemployed persons in Berlin. These people agreed to shave their head, after all they had to provide their wife and children. Pommer granted "only" one thousand extras. In his opinion it shoud be possible to give one thousand people the impression of six thousand. Now the engaged persons had to do exactly the opposite of their real life, namely to slave away unspeakableright to the collapse.
Till als scenes were done to Fritz Lang's satisfaction many extras got into a sweat.
They were taken to a further toughness test, when the scene with the open floodgate followed. Although in the finished film this sequence lasted only 10 minutes, the shooting needed more than six weeks. The extras had to trembled in cold water and the situation was nearly similar like the movie itself, with Fritz Lang as their oppressor.
Also countless children were employed for the mass scene. The children had to look underfed. The production manager flocked through Berlin looking for such children and found enough of them, more than enough, far too much.

The movie appeared at the beginning of 1927. At the first night all the notables were present. The whole government and even the old Reichspräsident Paul von Hindenburg didn't let this event slid.
After the show Hindenburg gave to understand how strong the movie had impressed him. Though bad tongues claimed that Hindenburg was slumbin in his chair especially at the most thrilling passages.
When Fritz Lang and Brigitte Helm stepped out of the drapes the people came into rage for a good half an hour. Later Fritz Lang could celebrate a further triumph when Metropolis was a box-office success in the USA. At the beginning the USA were not take over the film but then turned out that Lang's work not only was "nearly" American, but also more American  then most of the American movies itself.

Unfortunately today "Metropolis" doesn't exist in a complete version. Merely a version of Paramount, shortened by a third, is available. However in the last years there were  some sections time developed and again in different film libraries, sometimes it is only about some meters. But every shred was integrated in the existing film, even studio photos of not to be founded scenes were installed.

"Metropolis" had his last height at his first run in 1984 with the new setting by Giorgio Moroder´s songs. The actor Gustav Fröhlich was personally present at the show and described the work as loud bus very beautiful.

The newly reconstructed film classic "Metropolis" was  premiered at the Berlinale-Palast  in 2001 as one of the main attractions of the Retrospective. This new version was commissioned by the Murnau-Stiftung and the Bundesarchiv. ARTE/ZDF have become involved in the event: they are sponsoring a new film score by Bernd Schultheis, the world-renowned composer for silent films and electronic music. The Rundfunk-Sinfonieorchester Berlin conducted by Frank Strobel performed the new score during the festival.
The new version of "Metropolis" will be released on DVD in 2002. For more details click here.

Fritz Lang was born in Vienna in 1890 and died in Los Angeles in 1976. Not only was he a great German and American director, but also a man who loved to embellish his legend, molding our image of him and his life. Wanting to keep a low profile privately, he launched his own public image all the more emphatically.

During the Weimar Republic, Fritz Lang scored his first great hits, which were seismographic readings of political and social changes. In 1933 he left Nazi Germany, emigrating in 1934 via France to the USA. Many of his American films were also politically inspired, revolving around involvement and guilt. They were marked by an "anti-utopian fatalism", and dealt with the presence of National Socialism and war. After World War II, Fritz Lang attempted a comeback in Germany. In France he was recognized early on as one of the most influential representatives of Autorenkino.

The Retrospective of the Berlinale 2001, conceived and organized by the Berlin Film Museum- German Film Archive, presented all surviving films by Fritz Lang. Many of these have been reprinted, restored and/or reconstructed. The Internationale Filmfestspiele Berlin and the Filmmuseum Berlin has again won the support of international archives for this event. During preparations for the Retrospective, hitherto unknown material was discovered, including the original negatives from a number of Fritz Lang's German films. It was  possible to screen many of his masterpieces in a picture quality of unprecedented excellence, making Fritz Lang's perfectionism all the more evident.

In Germany, the Friedrich-Wilhelm-Murnau-Stiftung, Bundesarchiv-Filmarchiv, Filmmuseum München, Deutsche Filminstitut and KirchMedia are major contributors to this project. The Academy Film Archive, Twentieth Century-Fox, Sony and Warner Bros. are also participating in the presentation of Fritz Lang's American films. 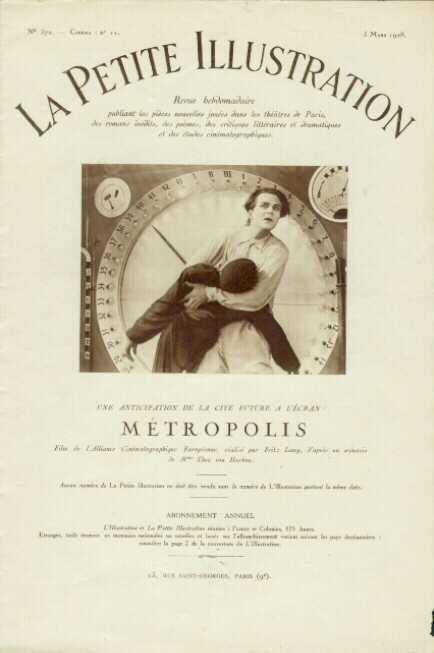 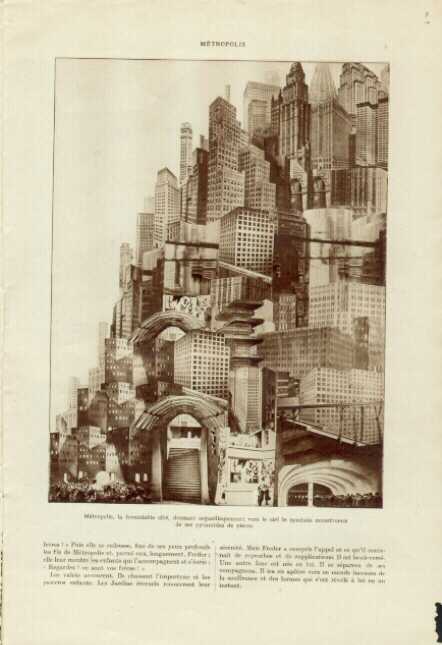 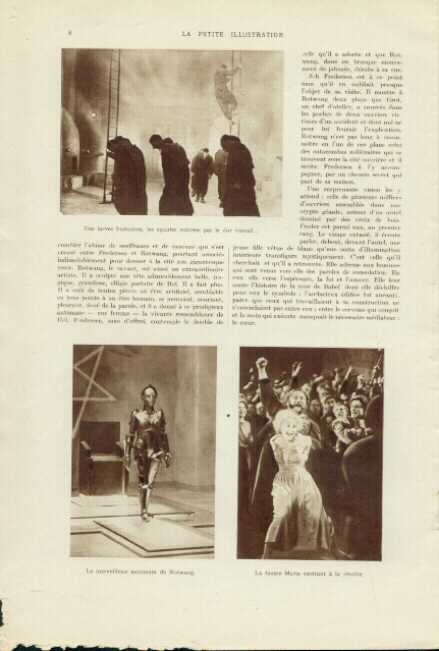 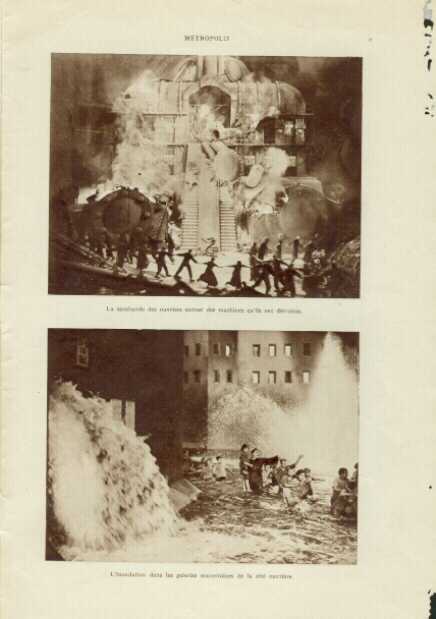 Thanks to the following websites :