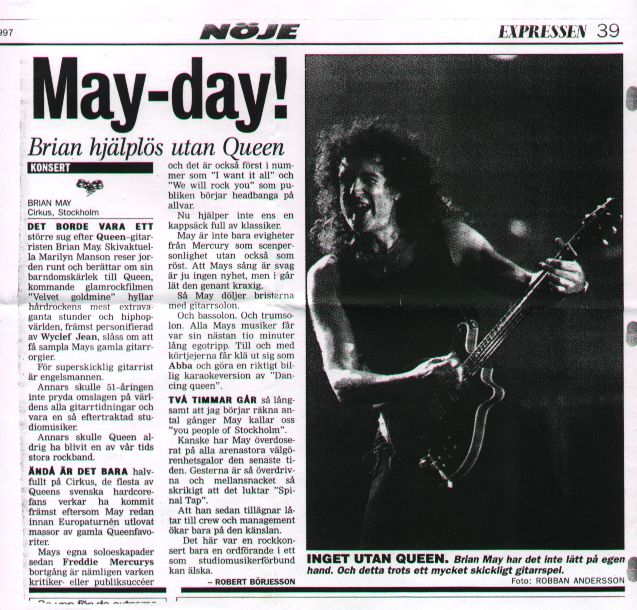 After a very short night´s sleep we woke up at 5 am and left the house at 6am for our trip to Stockholm. We arrived there at 1:30pm, but it took us about another hour to find our hotel, funnily called Queen´s hotel, which was extraordinarily expensive.
We met a friend from Sweden, Carin, at 3:30pm at our hotel, and we all went to today´s venue, called "Circus". We arrived at about 4:30pm there and there were already few fans waiting. They told me that Brian had arrived about 10 mins ago and that he has signed some autographs. The rest of the band arrived shortly afterwards and I was able to speak briefly with Eric Singer and told him that I liked the show in Oslo.
The admission was at 7pm and luckily we could wait inside a little hall. Again, "Dancing Queen" was played during the soundcheck.
I had a little chat with a fan from Lithuania, who also saw the show in Oslo, and he told me that Brian gave some autographs to the fans who waited after the concert.
The start of the concert was already at 8pm, and again we were lucky: There was no support act. The venue was very nice, in the style of a theatre. There were some seats at the back, but the front was standing only.
Unfortunately only about 700 fans attended the show. The set-list was the same as in Oslo.
The audience was not the best, only a few people took part into the show, even in the front-row.
Brian still suffered because of his cold and at the beginning of the encores he made a little joke and pretended to speak into the microphone, when he didn´t really, and he fooled the audience by that. It was a little reminder that he didn´t have much voice left.
In my opinion Brian seemed nevertheless more relaxed and in a better mood than in Oslo.
But there was one very special thing about this show: The band played "Dancing Queen" as additional 2nd encore. 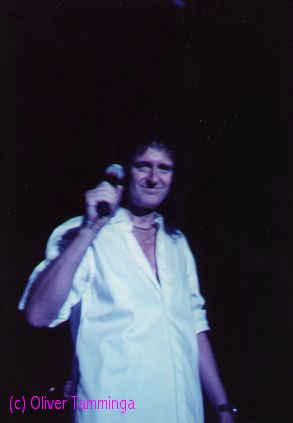 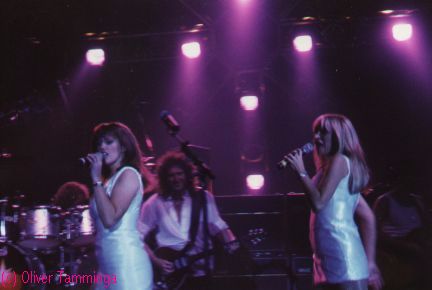 The two background-singers Zoe and Susie (formerly in an Abba-tribute band called "Fabba") sang lead vocals and the rest of the band joined in, backing for them. They all had a lot of fun presenting this song,  especially Brian who had a little guitar solo during this song. 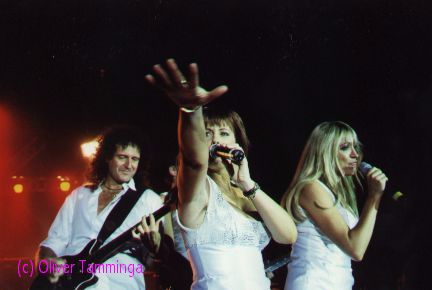 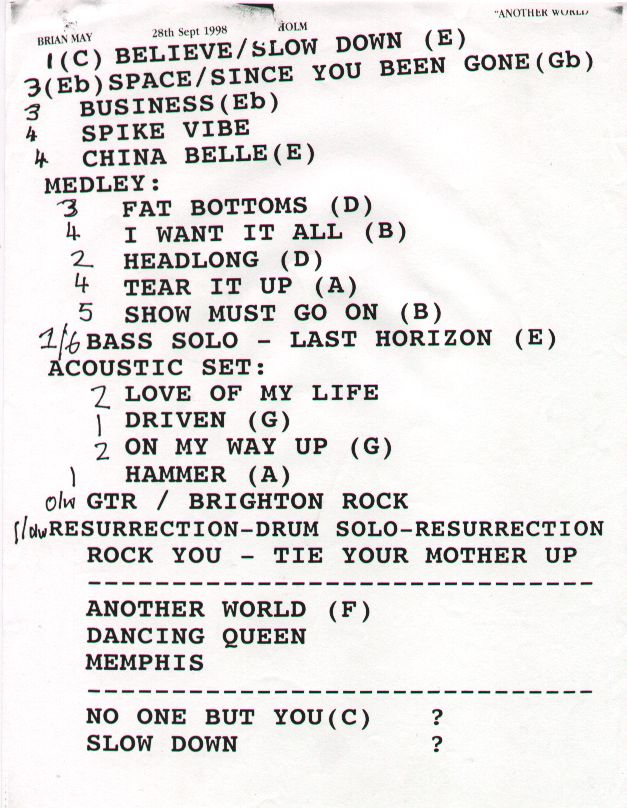 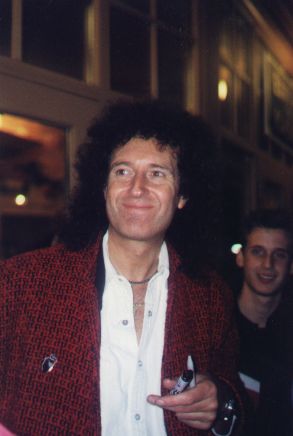 left: the setlist /right :autographs after the show,  (c) by Tracy Speers

After the show, which lasted for about 2 hours, we waited with about 40 other fans at the Stage Door.
At around 11pm Brian came out of the main entrance, close to the Stage Door, and he willingly gave autographs to the waiting fans and even had enough time to pose for photos.
I didn´t ask for an autograph, I just enjoyed watching the whole thing.
Shortly afterwards the band also came out of the main entrance and were also willing to sign autographs.
They all left together in the large tour-bus.
We arrived at our hotel at about 1am, after a pleasant and amusing walk through Stockholm.


read chapter 3 (Berlin) or go back to the concertography page