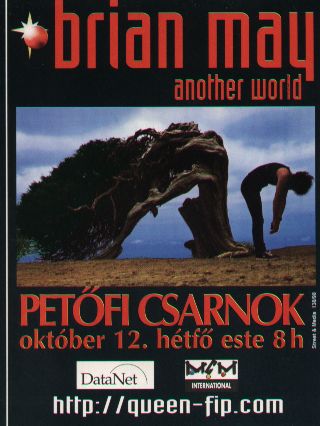 left: the ticket/ right: the tour-poster

After breakfast, Livia, Fumihiro, and I went already directly to the venue "Petöfi Csarnok" for the next concert, this time in Budapest.
We went directly into the arena, a very nice and rather big arena, where the stage was set up at that moment and we met one leader of the Hungarian Queen Fan Club, which was a very nice guy and who could speak German fluently.
He told us that they had planned to organize a meeting between Brian and the Hungarian fan-club members before the concert. We should just arrive at 4:30pm at one back-door, and show our membership-card.
So we arrived there back again at that time, and being a member we were allowed to enter a room in the venue, which was already prepared for the meeting between Brian and the fans.
We managed to get seats in the front-row. A little later we were told that Brian would give autographs after the soundcheck, and everyone was cheering.
We could listen a little to the soundcheck and couldn´t believe as Brian played "Too much love will kill you". It was great and we had big hopes that he would also play it during the set.
After the soundcheck, two curious people went shortly into the room to look what was happening. They were Eric and Jamie and it was fun to see them there, wishing us a great show. 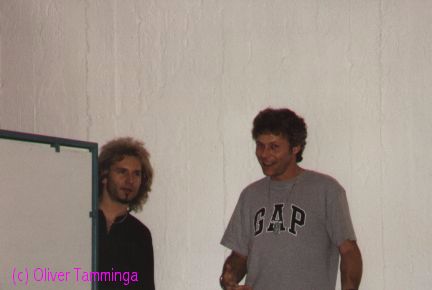 At about 7pm Julie appeared, followed by Brian, and everyone was cheering. Brian looked very relaxed. He was presented with a present from the Hungarian Queen fan club: A T-shirt, signed by all members of the fan-club. Brian was very happy about it.
Then it was time for the autograph-session. Luckily, he sat very close to me. As soon as he saw me, he greeted me friendly "Hi there, again." and smiled. 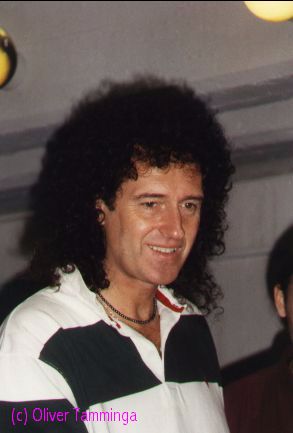 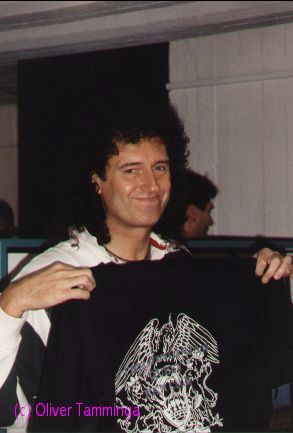 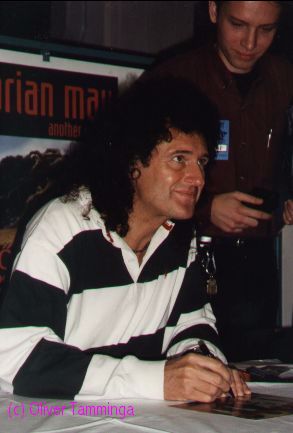 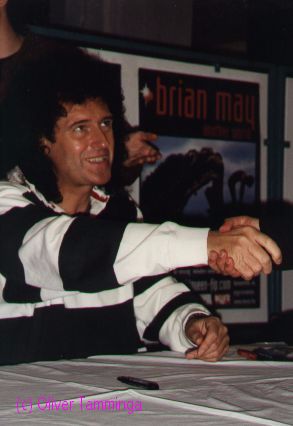 the autograph-session, exclusive to the members of the Hungarian Queen fan-club

At about  7:45pm the autograph-session was over. Everybody applauded again as Brian left
Then there was big rush, because we wanted to get to the entrance as soon as possible again, and just as I reached the entrance I saw that the doors had already been opened. That´s why I unfortunately didn´t make it to the front row this time, but I got my personal "May-keteers" tour T-shirt signed, which was much better in my view.
Nevertheless I managed to stand very close to the stage.
I did enjoy the show, and the atmosphere was very good. All fans were happy seeing Brian again. The concert hall was nearly sold out, about 1500 people were there.
It was a very good concert, but I missed some special moments. I expected Brian to play "Tavasi Szel", but he didn´t, and unfortunately he also didn´t play "Too much love will kill you."
But he played the intro of "'39" again, which was nice.
It was a very good show, with a very good crowd, and so far it was the 2nd best concert after Hamburg. 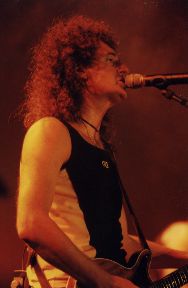 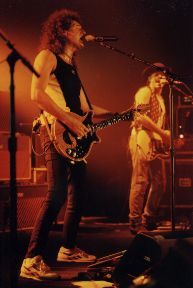 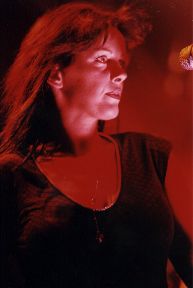 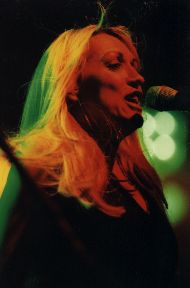 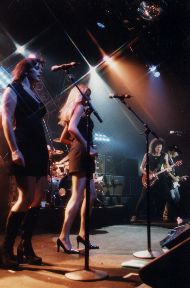 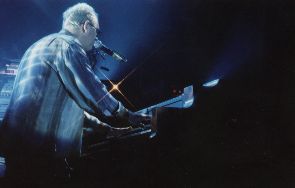 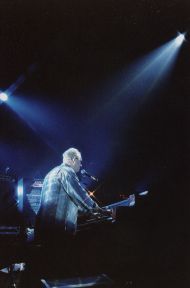 
read chapter 10 (Linz) or go back to the concertography page